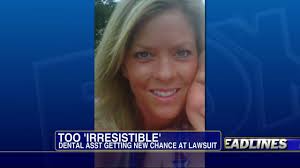 How would you answer if you were asked is it illegal for an employer to fire a female employee who has engaged in no wrongdoing but the boss views the employee as an irresistible attraction? Well, most of you are probably wrong but the Iowa Supreme Court recently upheld the legality of terminating a female employee because he found her too attractive.

In Nelson v. Knight, Iowa dentist James Knight fired his dental assistant, Melissa Nelson, after 10 years of employment. He stated she was his best employee. Nelson was fired not because she did anything wrong but because Knight’s wife viewed her as a threat to her marriage. While the Court stated Nelson’s firing was “unfair” and raises concerns about a “slippery slope,” it ruled that Knight did not terminate Nelson-based upon her protected status – gender.

The Iowa Court stated that Title VII is not a general fairness law. In other words, a termination may be unfair but not illegal unless the employer engages in discrimination based upon an employee’s protected status.

It was undisputed that the employer’s wife requested him to terminate his assistant and the employer feared he would try to have an affair with her down the road if he did not fire her. The case is disturbing because it seems that the female employee was viewed as a threat because she was a woman.

If you believe you are the subject of employment discrimination or other adverse employment action, you should consult an experienced employment attorney such as one of the attorneys at Douglas, Leonard & Garvey, P.C. Call us at (603) 288-1403 or fill out our online contact form.