NH Child Support — Even if you and your ex are best friends and get along better than you did during your relationship do not unilaterally decide to change the amount of the child support or make a verbal agreement to reduce the child support amount. 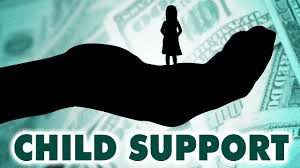 Do Not Enter Into a Verbal Agreement

There are two common scenarios that are problematic.

The first scenario often occurs when the paying parent loses their job.  The recipient may agree to $200.00 a month in child support instead of $400.00 while the payor is unemployed.  The paying party mistakenly believes the $200.00 a month deficit is forgiven while the other party is expecting payment once that party is reemployed.

File Changes With the Court

The safest way to handle changes in financial circumstances or emancipation of children is to file the changes with the court. Otherwise, the court will not take into consideration that two of the three children emancipated or recognize a vague verbal agreement between the parties.  Rather, the court will refer to the current child support order and the paying parent will have a significant arrearage that could have easily been avoided by simply filing a Petition to Change and receiving a new Uniform Support Order.