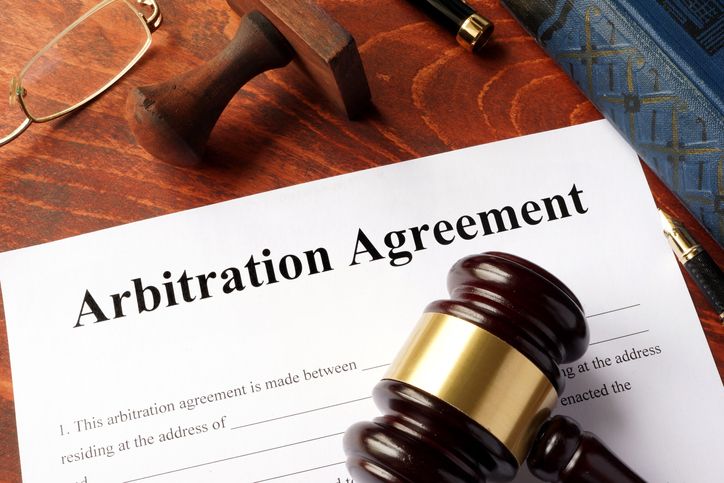 “Any dispute or claim that arises out of or that is based upon the employment relationship (including any wage claim, any claim for wrongful termination, or any claim based upon any statute, regulation, or law, including those dealing with employment discrimination, sexual harassment, civil rights, age, or disabilities), including tort claims (except a tort that is a "compensable injury" under Workers' Compensation Law), shall be resolved by arbitration.”

Often the language is presented to an employee on a form when he or she is busy filling out several other forms on the first day of work. Typically the employee is nervous and eager to please, and hurriedly signs the arbitration form unaware that the practical consequence of doing so is that he or she will not be able to sue the employer in the event of discrimination, harassment, or termination. The only option in these cases will be for the employee to take the dispute before a private arbitrator, who likely will not be in as good a position as a court to adjudicate his or her complaint.

In the wake of the #MeToo era, it has become apparent that mandatory arbitration agreements have worked to isolate sexual harassment victims from each other by keeping them and their stories out of the public forum that is court. More than one worker advocate has postulated that arbitration agreements, because of the secrecy they afford, have made it easier for employers to resist changing abusive practices.

Why then has the EEOC withdrawn from its 1997 policy statement- that requiring workers to agree to mandatory, binding arbitration as a condition of employment "harm[s] both the individual civil rights claimant and the public interest in eradicating discrimination”? The answer seems to be that the federal circuit and supreme courts, since 1997, ruled repeatedly so as to favor mandatory arbitration agreements, citing, among other things, employer and employees’ right to contract in creating the employment relationship and the speed of the arbitration process.

If you have a question about an arbitration, or any employment agreement, contact our office at (603) 288-1403 for a free initial consultation or fill out our online contact form.