DWI Punishment – The New Hampshire DUI laws were designed to send a strong “zero tolerance” message to people that get behind the wheel after drinking. One way it sends that message is by making the punishment more and more severe each time a person is caught driving impaired. So if you’ve just been arrested for DUI, but have also been convicted for DUI in the last ten years, don’t expect this one to go the same as last time. 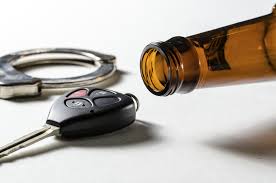 How Do the Punishments Differ?

Here’s a rundown that shows some of the ways the punishment differs between the first and second times:

License loss: 3-year minimum. A first-time offender faces a minimum of 9 months that can be reduced to 3 months after completing a course of treatment. That’s gone. Now you have to wait at least 3 years before becoming eligible to drive again.

Jail time: 5 or 30-day minimum. The question is not whether you will go to jail, but rather for how long? The minimum sentence spends on how recent the prior conviction occurred. If it has been two years or sooner since the last time you were in court, your jail range is 30 days to a year. If it has been between two and ten years, your range is five days to a year.

Fine: $750 minimum to $2000 maximum. This is self-explanatory. As if it wasn’t hard enough to make money after spending time in jail and losing your license, you still owe the court a hefty fee. The minimum fine goes up from $500 to $750 the second time.

Interlock: 12-month minimum. An ignition interlock device (or IID or “interlock”) is a device that is installed in your car (or any car you drive regularly) to check your breath for alcohol before—and sometimes while—you drive. If it detects even small amounts of alcohol, it will not let you go anywhere and report the incident to the DMV. This device has to be installed in your car in order to get your license reinstated and remain there for one or two years. If you have any reports sent to the DMV, you could get asked to have a hearing to see if you need to keep the interlock longer. You’re also forbidden from driving any car that does not have an interlock installed, so your driving options become very limited.

Treatment: First-timers get to be screened before finding out if they will be doing any treatment. Everyone else has a mandatory evaluation that usually results in lengthy treatment or even a requirement to complete an intensive outpatient program.

Other considerations: Depending on how long it has been since the last conviction, there are possible license complications, such as demerit point suspensions and habitual offender designation. You will be required to get SR22 insurance again, and you will not be eligible for any limited driving privilege (or “Cinderella” license). Finally, unlike a first offense conviction that can be reduced to a misdemeanor after a year, your conviction remains a misdemeanor on your criminal record for at least 10 years.

Successive Convictions Can Lead to Felony Charges and/or Prison

Of course, penalties continue to go up a third and fourth time, eventually leading to a felony charge and possible time in prison in excess of a year. On top of that, your license could be taken away indefinitely, leaving you to beg a judge to give back your privilege to drive years down the line. Before you get that far, seek experienced counsel and get your first case the attention it deserves. To get started, call Jared Bedrick at Douglas, Leonard & Garvey, P.C., (603) 288-1403 or fill out our online contact form.