NH Crimes – The way our state classifies crimes seems simple, but beneath the surface lie some traps for the unwary. Generally, there are felonies and misdemeanors. (I would list “violations” but those are not considered “crimes” in New Hampshire.) Felonies are crimes that can be punished by more than one year of incarceration and carry many more disqualifications for things like gun ownership and professional licensure. Misdemeanors are crimes that are punishable by a year of incarceration or less, or not punishable by incarceration at all. Although a misdemeanor conviction is recorded on your criminal record, the limits on your civil liberties are less severe. 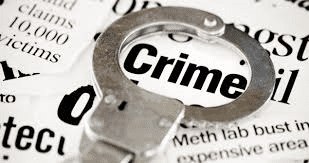 Misdemeanors – The Difference Between Class A and Class B

Each class of crime has two levels: Class A and Class B. (There’s also such thing has a “special felony” that’s beyond the scope of this discussion). Class A crimes are the more serious of the two and are generally distinguished by the possible length of incarceration. For example, a Class A misdemeanor can land someone in jail for up to one year, when a Class B misdemeanor cannot be punished by jail time at all. But there are a number of laws out there that classify a crime as just a “misdemeanor”—that is, there’s no designation of its class. This is called an “unclassified” misdemeanor, and it can be either Class A or Class B.

So if you’re charged with an unclassified misdemeanor, such as simple assault, how do you know what the possible punishment is? You will know by the time of your first court hearing. The law states that if you’ve been charged with an unclassified misdemeanor, it will be treated as a Class B misdemeanor in all respects by default unless it involves an “act … or threat of violence.” For example, a charge of simple assault that accuses someone of “causing bodily injury” to another will be eligible for Class A penalties by default because there is an act of violence. On the other hand, a charge of simple assault accusing someone of “causing unprivileged contact” to another will not be eligible for Class A penalties because there is no act or threat of violence. In those cases, if a prosecutor wishes to seek Class A penalties, such as jail time, he or she must file a “Notice of Intent to Seek Class A Misdemeanor Penalties” at or before your arraignment so that you know what you’re getting into from the start.

This is only one example of the many quirks in our criminal justice system. If you’ve been arrested and charged with a criminal offense, having a lawyer review your case early on can help determine what you’re facing down the line. To get started, call Jared Bedrick at Douglas, Leonard & Garvey, P.C., (603) 288-1403 or fill out our online contact form.